Highlights of the First Joint Herpetological Scientific Meeting in Dublin 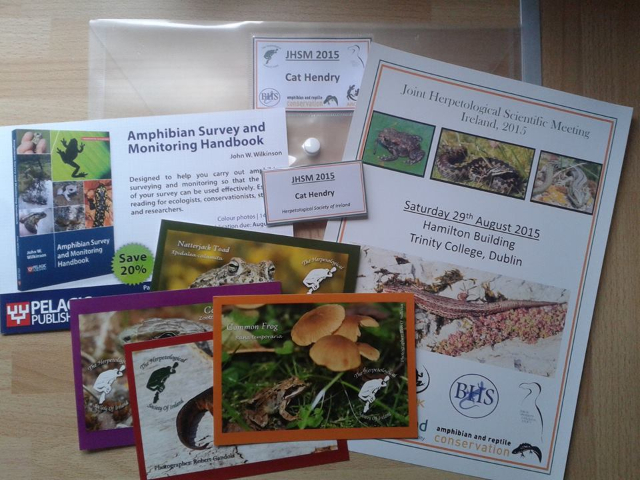 The first ever Joint Herpetological Scientific Meeting, held at Trinity College, Dublin on Saturday August 29, in 2015 was a great success for all, with some new and many familiar faces, making their way to Dublin to attend a varied series of talks and meet with our Irish counterparts. There were some fantastic talks and posters presenting a variety of research, conservation projects and broader points of view ranging from the travails of the common lizards on a local UNESCO reserve just outside of Dublin, to the importance of land owner engagement in protecting Ireland's natterjack toads. All of the speakers did a great job in engaging and enthusing their audience with their chosen presentation subject.

The social occassions were also high-points of the meeting, as anyone who came along to Doyle's Bar can attest! Although most people had to travel back home soon after the meeting a small number of people stayed through the Sunday, and we had two groups of people go out and see what more Ireland has to offer herpetologically. One group went for a walk along the beautiful cliff walks on Howth Head, encountering about 20 common lizards and a couple of young frogs out and about on the headland. The other group journeyed down to the National Reptile Zoo in Kilkenny, meeting the owner (James Hennessy) who put on a great tour for them in and around the exhibits.

Finally, the raffle was also a huge success, raising €213 towards next year's H.S.I Student Grant Scheme (details of which will be announced soon). 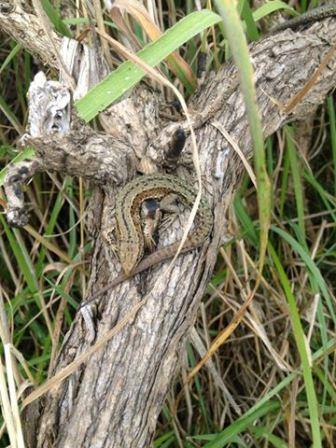