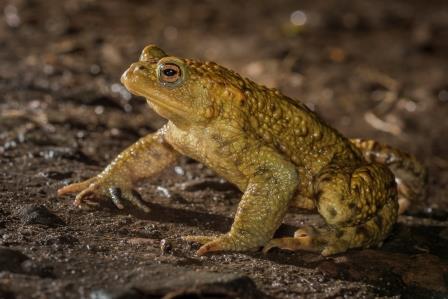 Continuing declines of reptile and amphibian species native to the UK need to be addressed. These declines include species loss from parts of their natural range, and national extinction.

Amphibian and Reptile Groups of the UK (ARG UK) supports the network of local volunteer Amphibian and Reptile Groups (ARGs) across the UK. We bring together grassroots enthusiasm for conserving our native species with experts in the field. Conserving our remaining reptile and amphibian population is our priority, and we understand that reintroductions can be an important tool in amphibian and reptile population recovery. We support reintroductions to restore the historic range of species still present, such as adders, or return of an extinct species to its historical range in the UK, such as the northern pool frog. However, reintroductions are highly complex and need to comply with relevant legislation and guidance across UK nations. This includes: international (IUCN) guidance; national guidance; and guidance specific to particular animals such as that published on reptiles and amphibians by ARG UK.

Therefore, careful consideration, based on robust research, must be given to a number of factors. This includes, but is not limited to, whether the species was native to the UK historically (and its specific native range), the reason the species became extinct (and whether this has been or can be addressed), the availability of suitable habitat to support a viable population, identification of a suitable donor population, and the impacts reintroducing a species may have on existing native wildlife and habitats.

A major risk associated with reintroducing species is the introduction of disease from other parts of the world to UK populations where native species to be released into the wild are bred alongside exotic species.

We recognise that many people currently feel frustrated by a perceived lack of progress with conserving and expanding our native populations of reptiles and amphibians but carrying out reintroductions without full consideration of the aforementioned safeguards or transparency and peer-review is inadvisable. We do, of course, celebrate those who are passionate about amphibian and reptile conservation in the UK and value their effort, skills, and commitment. However, we also hope that those seeking to take such ambitious actions as driving reintroductions follow advice from conservation bodies who have worked in this field for decades, to avoid irreversible and unintended damage to our already fragile reptile and amphibian populations and their associated ecosystems.