Look out for toad fly this summer 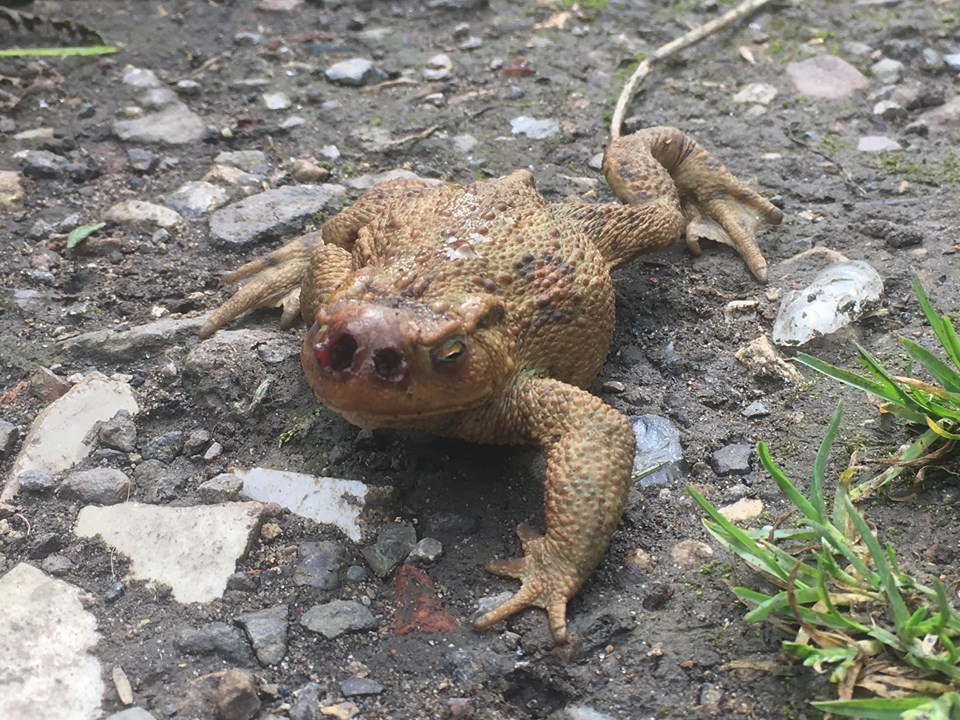 With apologies for the distressing image! As the summer progresses, we are getting reports of common toads, affected by a parasitic blow fly or ‘toad fly’. Although there are over 1,000 species of blowfly worldwide, and a number of other species of Lucilia have been associated with parasitic infections of amphibians, the ‘toad fly’ that we see in Northern Europe is typically the obligate parasite, Lucilia bufonivora, which relies on the common toad to complete its life cycle.  The adult flies are similar to large house flies in appearance but with a metallic green body colour (sometimes called ‘green bottles’). We should add that L. bufonivora are a native species, and have co-evolved with the common toad over past millennia.

Toad flies mainly target adult common toads, laying their eggs directly onto the toad’s body soon after the fly emerges during the warmer months of May-July. The eggs are often laid around the toad’s nostrils and eyes, or in wounds, but there are also reports of eggs on the flanks, and upper parts of the back legs. When the larvae hatch they migrate to the head area, particularly around the nostrils, and feed on the tissues of the living host (also called myiasis), growing rapidly to a length of 10-18 mm. Once the toad has died, the larvae continue to feed until they reach maturity, at which point they fall to the ground where they pupate, hatching a few weeks later, and so the cycle continues. Assuming there is a continued supply of toads, and the weather is suitable (warm), there can be several generations of toad fly each year.

Infected toads often appear lethargic in the early stages, and may start to show unusual behaviour such as staying out in the open during the day time (which also makes them susceptible to further attack). As the infestation progresses you will be able to see the extensive damage to the toad’s nostrils and facial areas, and possibly even the maggots, as the larvae feed on the living tissue. There is no cure, and infected toads will die within a few days to a week.

There is more information about toad fly in the pdf downloadable fact sheet from the Garden Wildlife Health Project (277 KB) . If you spot an infected toad then please report it through the project website www.gardenwildlifehealth.org, with photographic evidence, so that we can start to build a picture of the distribution and phenology of toad fly across the UK.