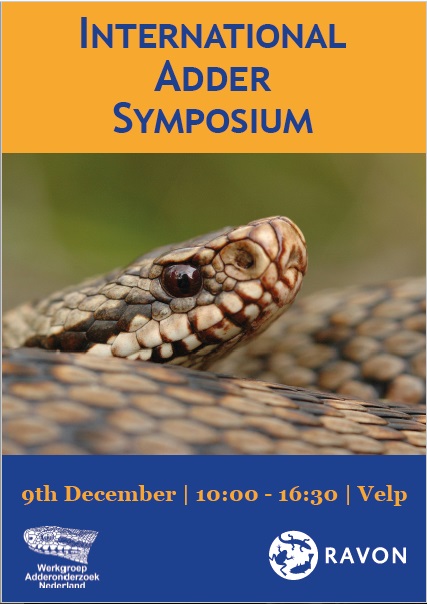 A small group from ARG UK along with colleagues from ARC, Bangor University and DICE, were delighted to attend the International Adder Symposium, in Velp in the Netherlands on 9th December 2017, which was organised by our friends and colleagues from the Workinggroup Adderresearch Netherlands (WAN) at RAVON. The meeting provided a fantastic opportunity to meet colleagues working on adders from across Europe, and we heard some great presentations on different aspects of adder conservation from monitoring, to phylogeny, venom and  predator-prey relationships. We were particularly interested in the new online monitoring system that RAVON have created at www.slangenportaal.nl. One feature of particular interest is the algorithm that Rolf van Leeningen has created to identify individual animals from head shots, using their scale patterns. We are greatly looking forward to trying this out when the English language version becomes available.

Other highlights of the meeting were Darryn Nash’s investigation into the movements of translocated adders using telemetry to track individual’s movements; Sylvain Ursenbacher from the University of Basel’s detailed study of the phylogenetics of European species of Vipera; finding out more about how adders use individual sites and are affected by habitat changes from Yvonne Radstake, Saskia Guldemon and Johann Presche all from WAN; and a comparison of venom from 4 sites in the Netherlands by René Broek and Albertjan Ter Heide also from WAN. We were also very interested to hear about the role of the dark dorsal zig zag pattern in avoiding predation, from Martti Niskanen, from the University of Jyväskylä in Finland, who conducted a comparative study of aposomatic selection by avian predators using plasticine models of adders.

For us, the meeting was a fantastic opportunity to meet fellow adder workers, and to confirm that we are all facing similar concerns of fragmented populations, habitat degradation, increased predation, and slow declines. Although adder numbers seemed to have stabilised in the Netherlands, it is clear that some of the outlying populations have disappeared altogether, much as some of our midland counties have now lost their adders, and we suspect that many of the underlying causes are similar. We are hoping to continue to network with colleagues throughout Europe and, by working alongside them, nurture and protect our remaining adders. 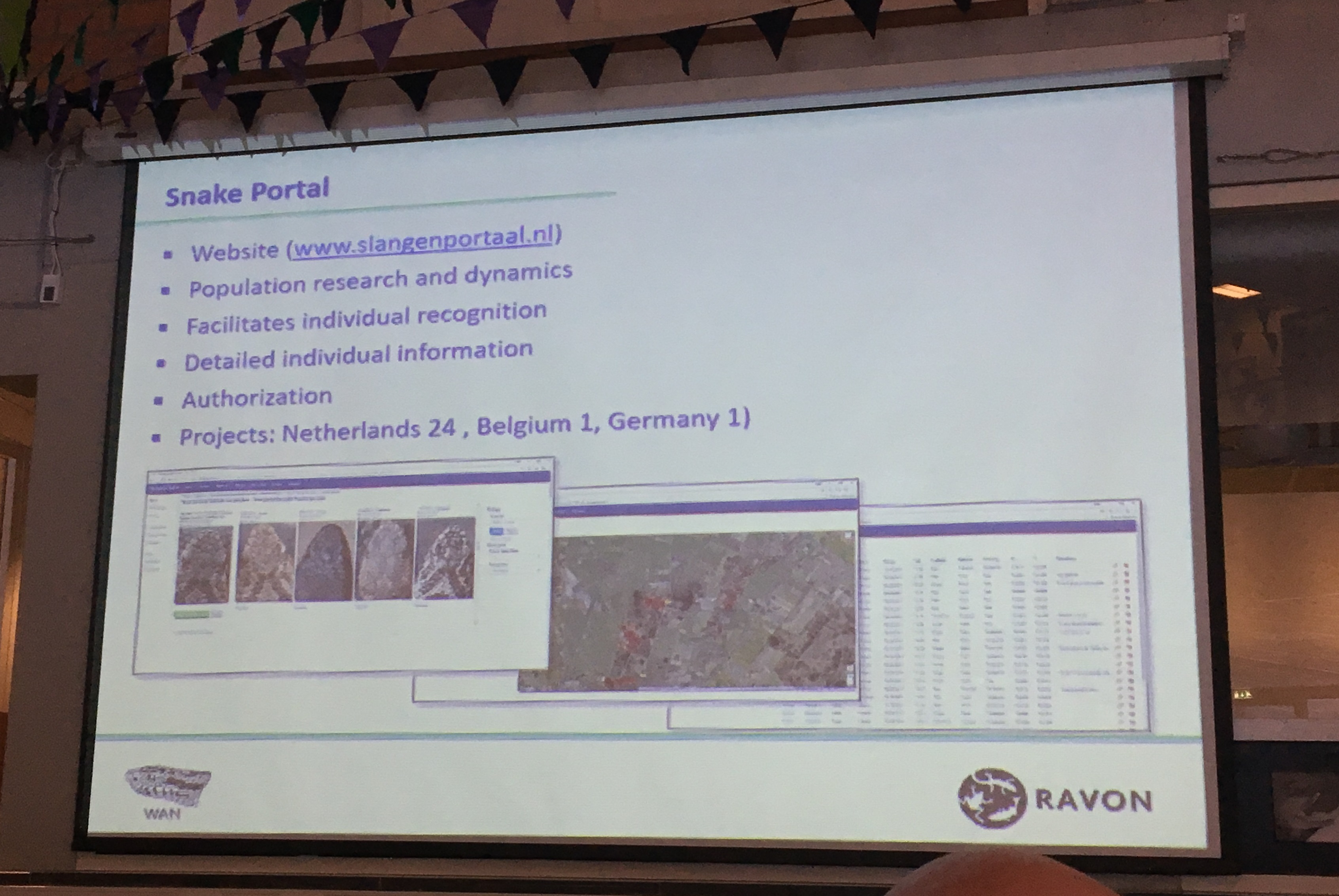