What does the re-classification of European grass snakes mean for our native grass snakes? 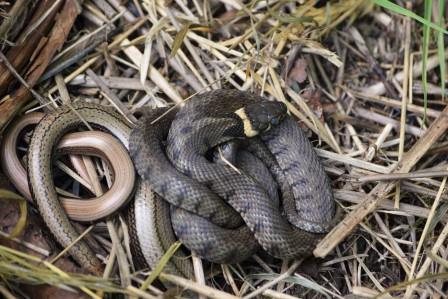 With thanks to Rob Ward, University of Kent.

Following on from the recent publication of the scientific paper by Kindler et al., (2017), there have been some misunderstandings about the classification of our native UK grass snake. To clarify:

Until recently, two species of European grass snake were described: Natrix natrix (found across much of Europe, including the UK) and N. astreptophora (found in North Africa and Iberia). These two species are described by Pokrant et al., (2016) – which you can download here

This has now changed, with the advent of genetic sequencing based on mitochondrial and nuclear microsatellite DNA. This is described in a recent paper by Kindler et al., (2017) – which you can download here.

For more information, the full citations are: